Cannabis sativa L. has served us well for thousands of years. Since ancient times various parts of the Cannabis plant have provided food, medicine, clothing, paper, fuel, building materials and more to humanity. Cannabis was a widely prescribed folk medicine in Europe and the Americas prior to the age of synthetic pharmaceuticals and still figures in the religious practices of some cultures. In fact, from around 2000 BCE until 1883 Cannabis was amongst the largest agricultural crops on the planet, and ranked highly in medications globally during this period. Around 1910 these traditional uses came under political pressure initiated by the American, British, Egyptian and South African governments.

Today the Cannabis family of plants can be separated into three main groups: Cannabis Sativa, Cannabis Indica, and Cannabis Ruderalis, although dispute does exist regarding genetic distinctions of these groups. Industrial hemp and ruderalis plants do not contain noticeable amounts of THC and will not impart any drug effect. Generally speaking, Sativa plants are taller and have more space between the leaf intersections (internodes) due to their origins in tropic, sub-tropic and equatorial climates. Their leaves tend to be thinner and slightly lighter green than their Indica or Afghan counterparts, which originate instead in central Asia. In fact, many historians, botanists and anthropologists believe that Central Asia between Kazakhstan and Afghanistan is the birthplace of weed. These cold mountainous regions produce short, compact bushy plants with wide and often very dark green leaves.

Only the female Cannabis plants are consumed, as their flowers produce trichomes or resin glands containing chemical compounds responsible for the drug effect of the plant. Some of these cannabinoids are actually non-psychoactive, however as precursor drugs their presence is necessary for intoxication to take place. There are also male Cannabis plants, which closely resemble mature hop plants. Cannabis is also distantly related to the nettle plant.

There are a few plants that may cause confusion in a greenhouse or grow room; these are known as hermaphrodites and inter-sex plants. Hermaphrodites contain both genders on the same plant and may be female- or male- dominant. Inter-sex plants contain an equal mix of both genders. All mixed gender plants should be disposed of when growing for consumable cannabis, as they contain unstable breeding information (genetics) and will cause seeds to appear in the crop, thereby changing the drug content. 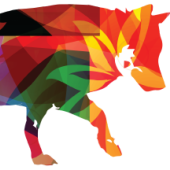